All you ever needed to know about blow-off valves

What is a blow off valve and how does it work?

A blow off valve goes under many different names such as dump, bypass, recirc (short for recirculation), diverter, and pop off valves. No one term is correct, the lingo just tends to change in different regions and countries. Basically these valves are all designed to the same job, and we will refer to all types as blow-off valves to save confusion.

What it does: The only job a blow-off valve is supposed to perform is to relieve excess turbo pressure that results from shutting the throttle rapidly under boost conditions. This then answers one of the questions we get asked a lot – yes you need a turbo to fit a blow-off valve! Otherwise you will have a rather expensive paper-weight. It is necessary to release this pressure because it will try to find a way out of the system, and the only way is back out through the turbo. This produces a fluttering noise as the air passes backwards through the turbo, which is often unwanted. There is also a school of thought that a blow-off valve can improve turbocharger longevity or, in extreme cases, prevent damage to the turbo.

There are two ways in which the majority of blow-off valves work. Most aftermarket and many factory types use two pressure signals to determine when the valve should open. The other type uses only one pressure signal to open. We will discuss the former type first. 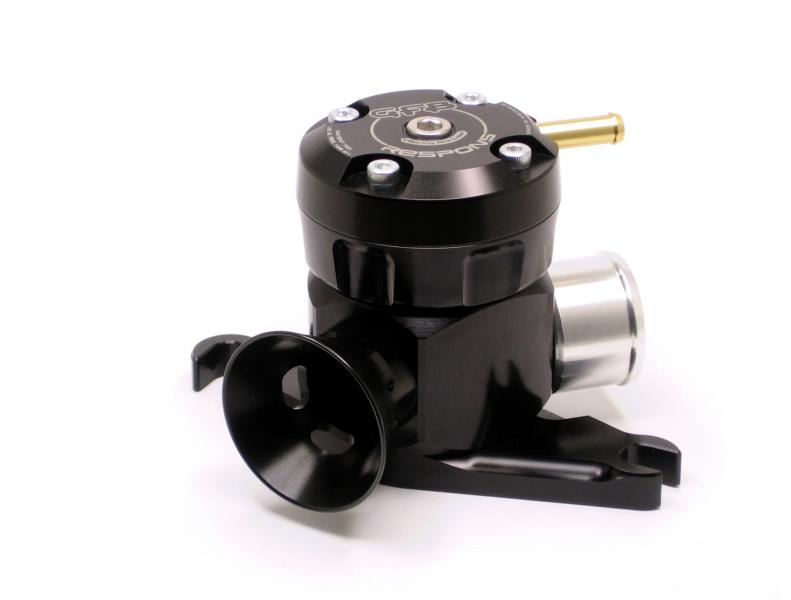 Blow-off valve myth #1: One of the biggest misconceptions about blow-off valves is that you need to tighten the spring to run higher boost. This is totally incorrect (at least, for a GFB valve anyway), as you can see from the last paragraph, at full throttle, the pressure on the top and bottom of the valve is equal, therefore cancelling itself out. So no matter what boost pressure you run, the valve will stay shut.

Leaking factory valves: Having said that, some factory valves have systems designed into them to crack open at high boost, in order to protect the engine from boost spikes. They do this by designing the pressure to be unequal on the top an bottom of the valve, thereby overcoming the spring at a certain pressure.

If you are intentionally raising the boost level, this is bad news as the valve will begin to leak pressure. Examples of factory valves which exhibit this behaviour are the Subaru WRX MY95-98, and MY01-04, Mitsubishi Lancer GSR, and Nissan 200SX to name a few. Replacing these valves when increasing the boost is a good idea.

Compressor surge: You can think or surge as the point at which the compressor blades begin to “slip” in the air, losing their pumping ability, much like an aircraft wing loses its lift when it stalls. In a turbo, this happens in a series of bursts, as the blades slip, then bite, slip then bite. This sets up a pulsing wave in the turbo piping and explains why the sound has that characteristic “flutter”.

The interesting thing about compressor surge is that it occurs much more readily at low turbo shaft speeds. At these low shaft speeds, on road cars this is generally between 2000 and 3000 RPM, compressor surge is not much of a problem, as the loads generated by the surge are miniscule compared to what the turbo encounters at high boost. However, if surge occurs at high RPM and boost, it is possible to reduce the turbo life and/or damage the compressor.